Join thousands of members getting makeup for free!

Blogger at Love To Slay
Shout about it on
Hello, Lovelies! It’s Jess again, you sick of me yet? :P It’s been a minute since I’ve spoken about make-up stuffs! But this one is exciting for all queens wanting to try some new things! We’re going to talk about the NEWWWW Revolution Pro Quads, number 1) they are BEAUTIFUL (I absolutely bought the whole collection just to display on a shelf) and 2) they have some fabulous dupes for high-end eyeshadows, what is not to love?!
So, I created this look the other day using the Jeffree Star Blue Blood Palette: 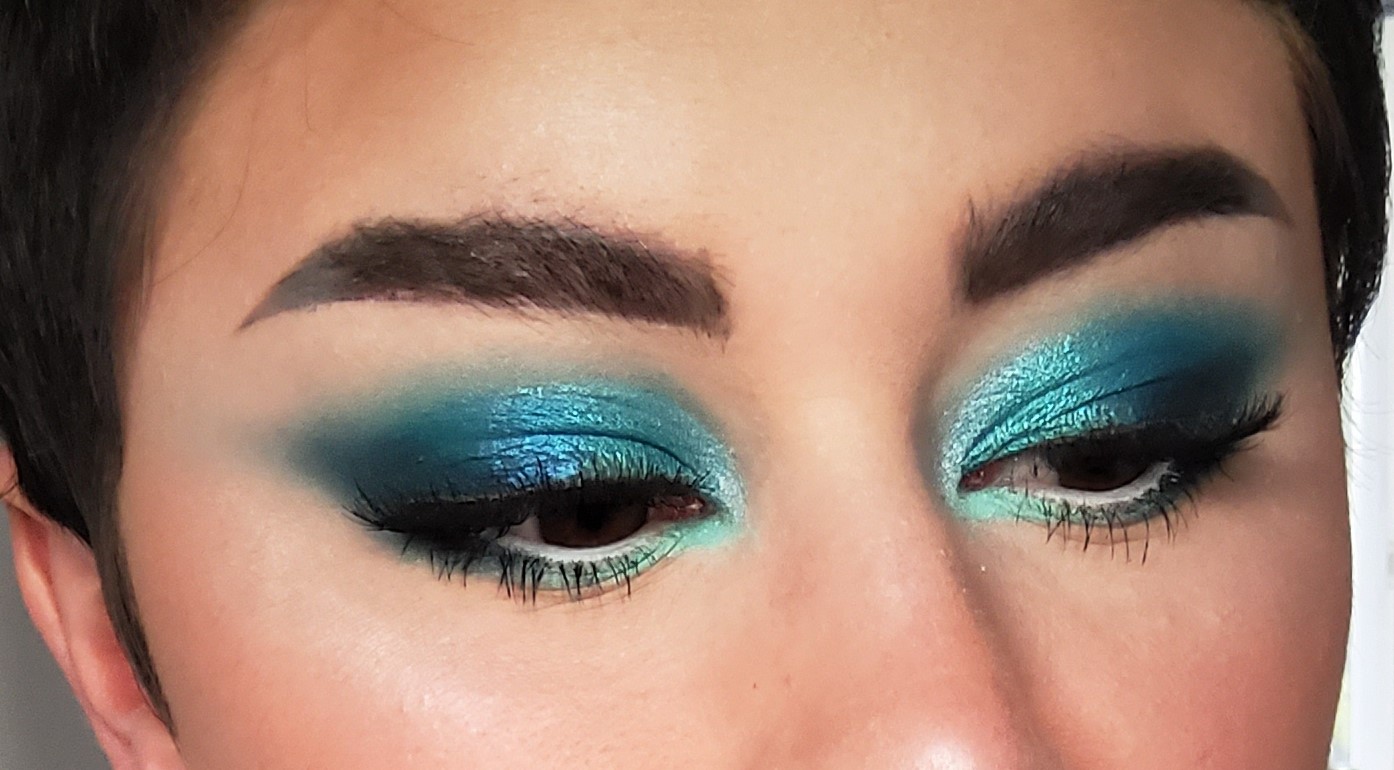 I noticed that a lot of the colours I was using were incredibly similar to the colours in the Ocean Treasure palette by Revolution Pro! Although there is a price difference between the two, it is not that massive the Revolution Pro palette is having you pay £2.50 per eyeshadow and Blue Blood is having you pay £2.80 per shadow, this could potentially explain why the quality of the shadows is similar (and amazing!).
Soooo in this sense, you’re not saving so much money per shadow BUT *it’s a big but* when buying the Revolution Pro palette you are able to dip your toes into the world of blue eyeshadow without forking out £52.00 for you to decide that’s not your thang, which is why I thought making this blog could be useful! ANYWAY, let's get onto the fun bits…
I wanted to pop some swatches of the shades side by side, so you can see the similarities and differences, none of the photos have been edited and I tried to take the photos in the most natural lighting possible so you could see the true colours: 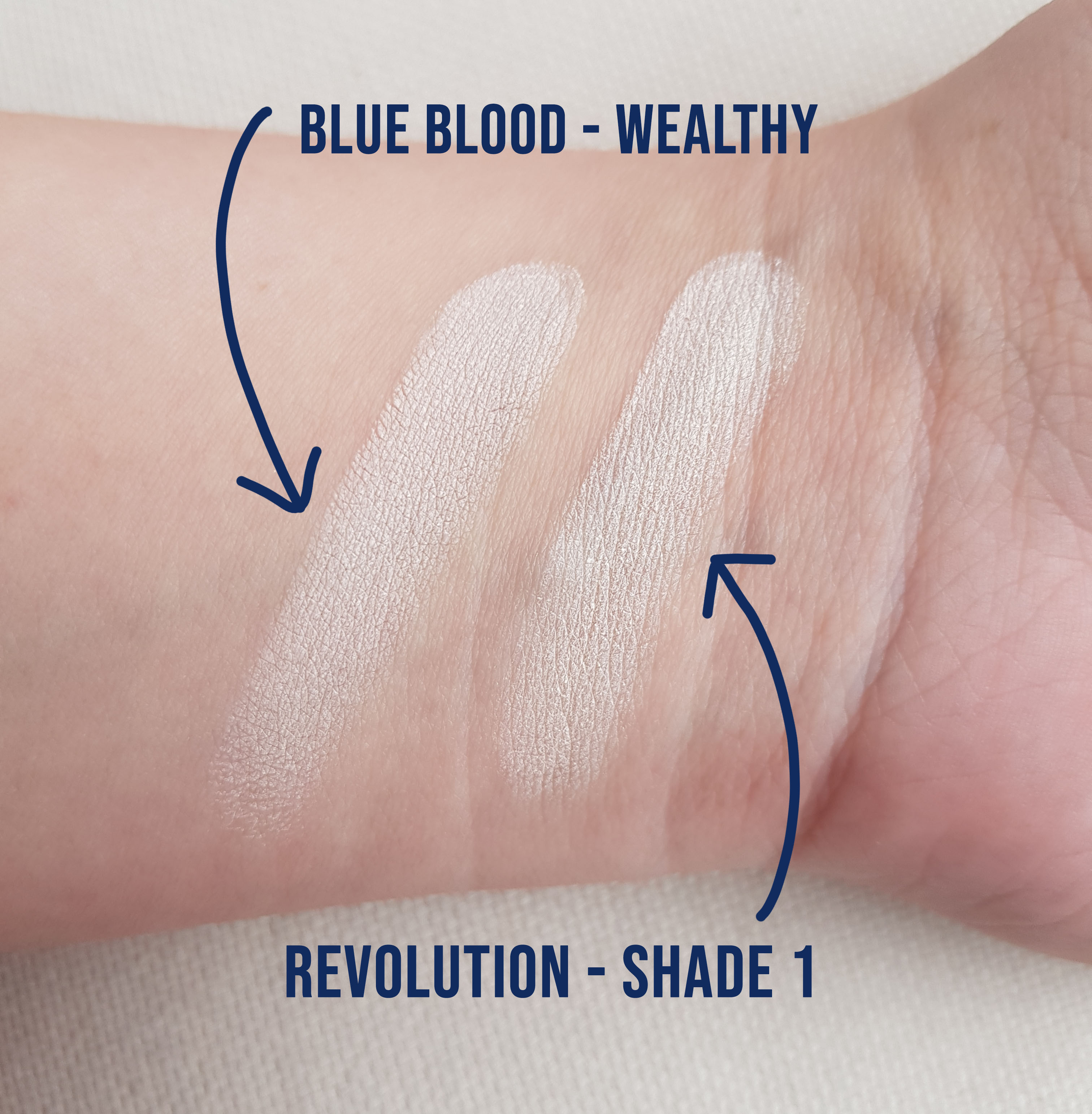 These two are incredibly similar, they have the same tone and same feel (they’re both matte) and they are both very pigmented! I’d use this shade all over the lid as a base for another shadow to help blending.
Next the light shimmery shades! 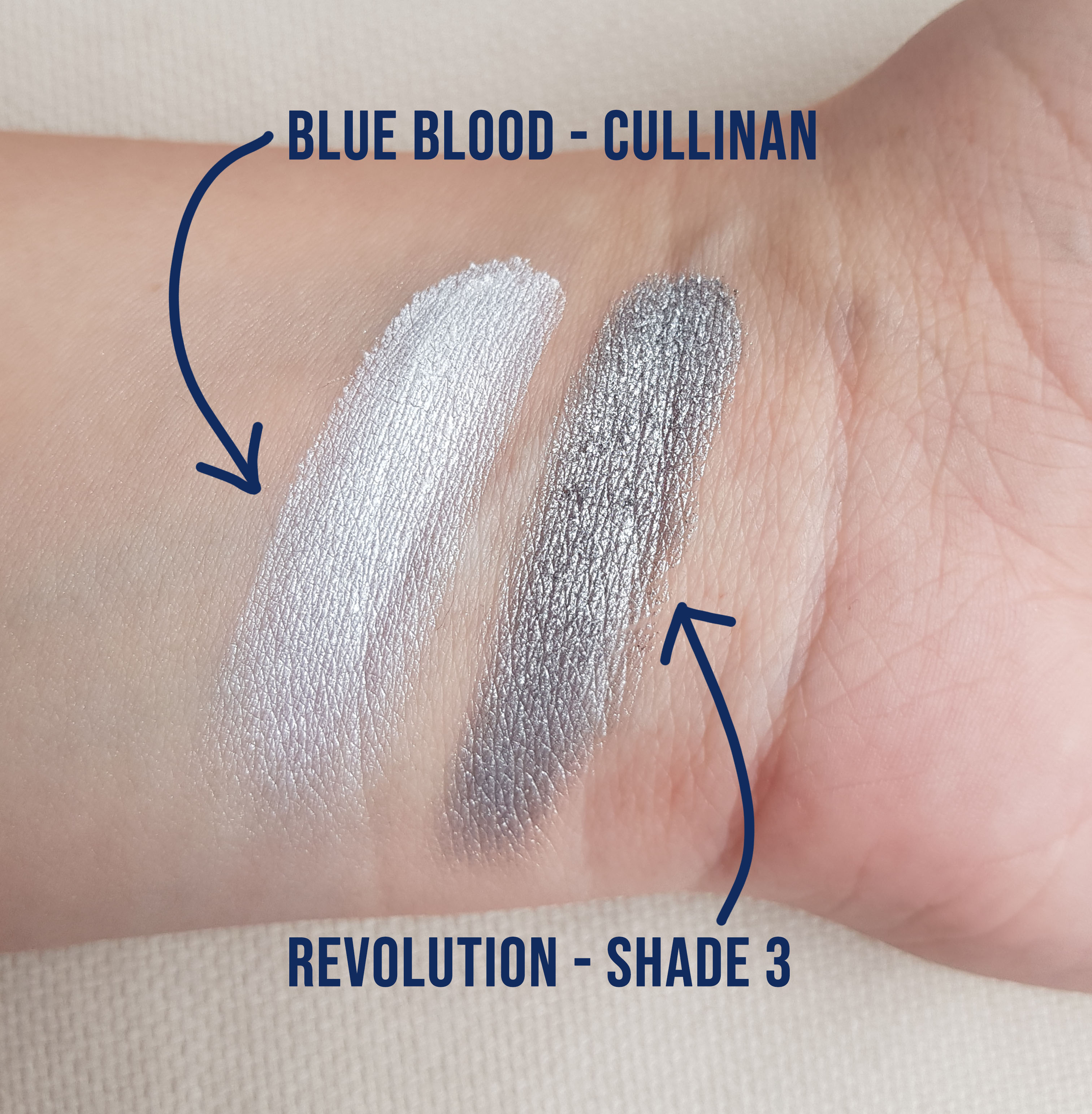 Unfortunately these are not very similar ☹ the shades that are not an almost exact match although, they can be used in a similar way, to add some shine to the center of your lid or the inner corner!
Next the vibrant matte blues! 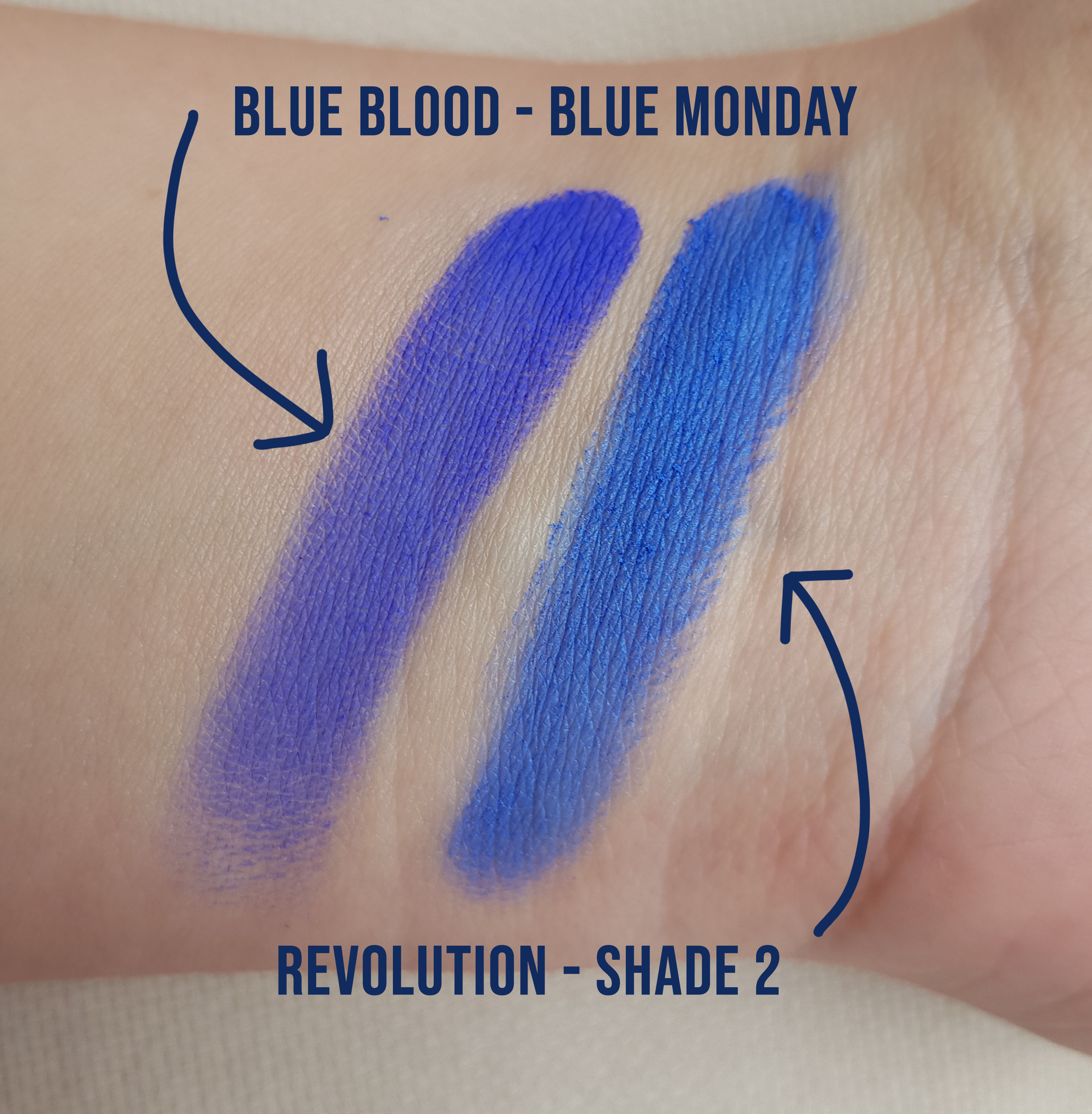 These two are very close in colour, although they’re a slightly different tone, they are for the pop of colour, either fluffed out in the crease or on the lower lash line!
Lastly the deep blues! 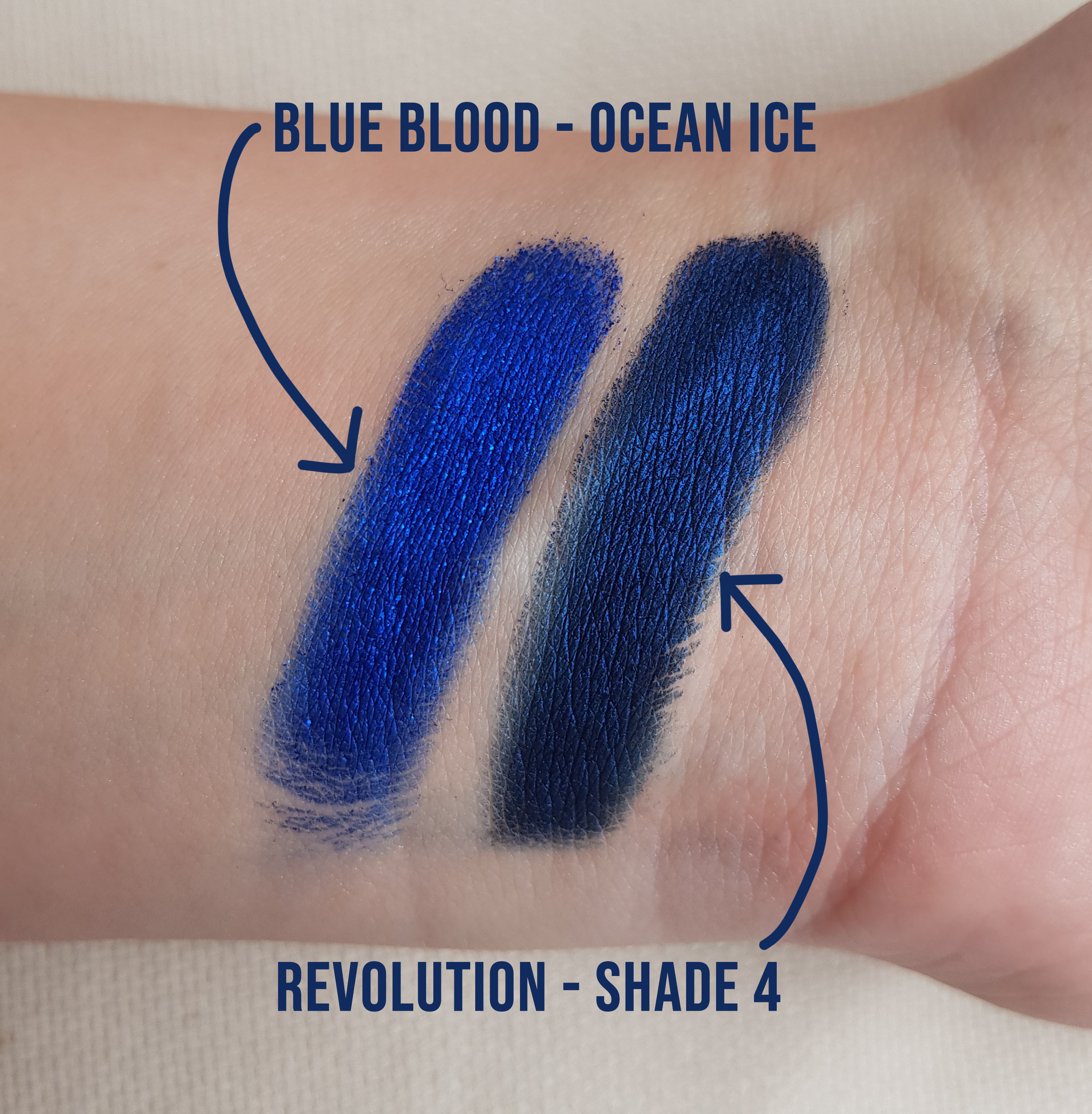 Again, these two are similar although Ocean Ice from the Blue Blood palette has a lot more shine/shimmer to it and Shade 4 from Revolution is a bit darker. Both can still be used to add depth to the crease though! (don’t be afraid to use shimmer in the crease).
I’d love to know what you guys think! Have you tried these palettes? Would this make you tempted to buy either one? I have to admit I love having both of these palettes at my disposal because we do lack a shimmery silver in the Jstar palette which the Revolution one brings and mixing and matching these colours would make for some beautiful blue looks!
The Revolution Pro quads are available at Love To Slay right now! Don’t forget to go and have a browse in the Choose Makeup Section! 😊
Shout about it on
Next Post: 7 Best Lockdown Books to Brighten Your Day | Love To Slay
Trick or Treat Your Bathtime Routine with Lush's 2020 Halloween Collection
Unlimited streaming without eating your data with VOXI!